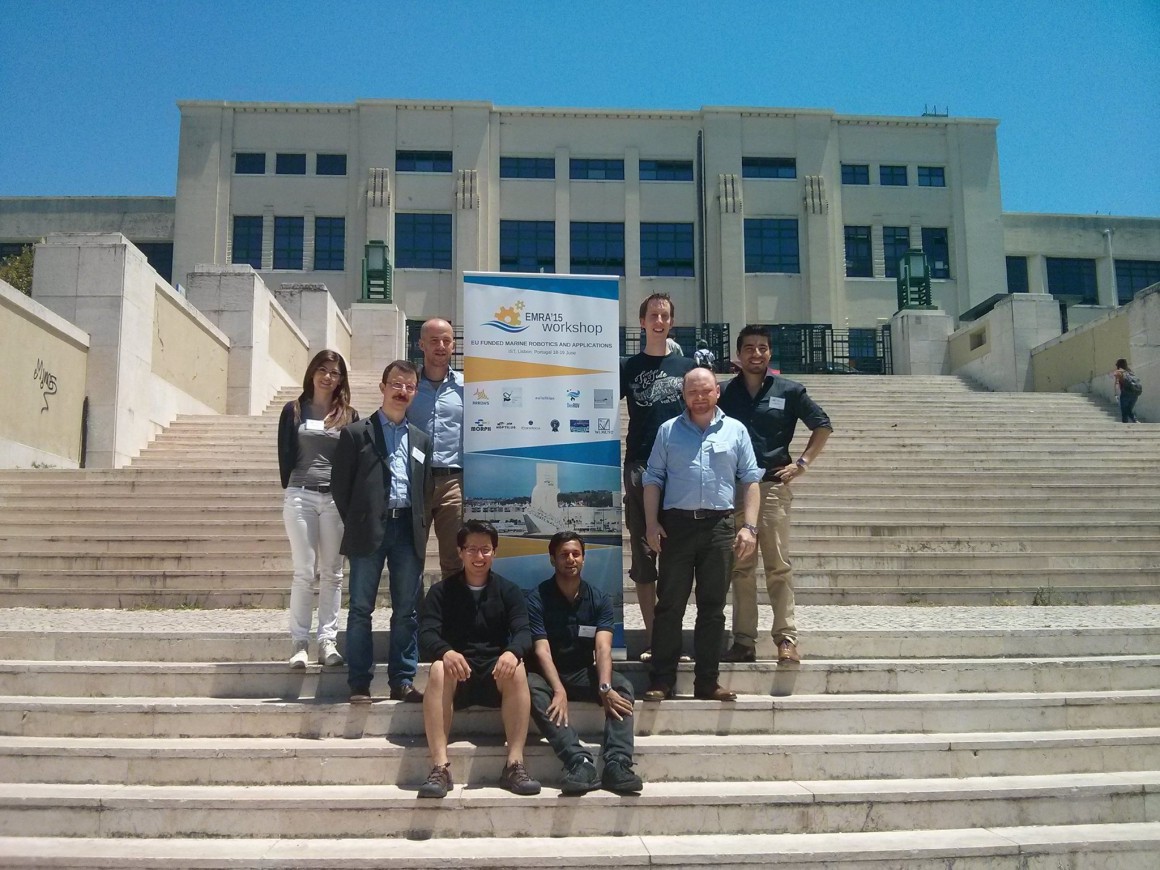 The annual event, which took place in Rome last year, gathers some of the top researchers in underwater robotics in Europe and around the world.

EMRA’15 informed all the attendees on the most recent developments in the world of underwater robotics; it is also providing a look at the contribution of DexROV as a step forward with respect to previous European projects.

Results from various innovative projects were shown, highlighting the difficulties in attempting dexterous manipulation in deep waters. It will be no easy task, but the DexROV team will rise to the challenge.

Many topics were presented, but the methods to test navigation were of special interest. Some projects have achieved this by using virtual and real obstacles. This raised interest in the possibility for DexROV to implement parts of the programme virtually, in addition to the real, physical mock-up to be built and deployed at a challenging depth of 1300metres below the ocean surface.

One of the most exciting opportunities highlighted in the conference with regard to future robotics development addressed the possibility of renewable energy. The future lies in this source of energy, and DexROV is striving to make the project useful in the development of this capability. Although the tidal energy concept is some years from realisation, and effective power generation will only be developed within the next few years, wind energy is already a reality, and will require much support in the short term.

Experts in renewables demonstrated how the most typical tasks for wind energy are non-destructive testing (NDT), (for example, mooring lines and dynamic cables) which are connected to the progressive creation of wind farms in deeper and deeper waters, but also sacrificial anode replacement, biofoul cleaning, valve operations, environmental surveys and planning, and visual inspection, all of which DexROV could address. The possibilities are being studied for DexROV, and a wide array of uses in many areas are being prioritised.

The DexROV partners left the workshop with a great deal of information that will allow them to better target the challenges ahead and to identify the many possible synergies, confirming that the DexROV project will have important real world applications.

Click here to read about DexROV’s introduction at NGCUV 2015 in April.