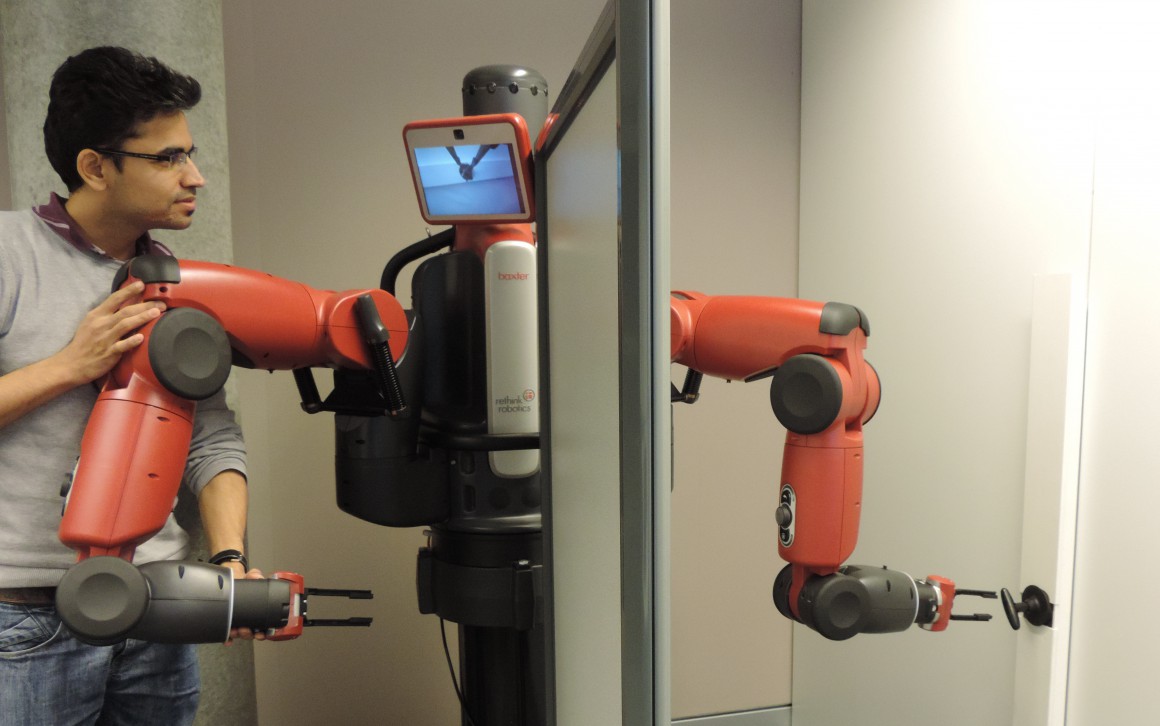 Baxter, a two-armed manufacturing robot, is helping our consortium partner Idiap’s team solve challenges by standing in for the DexROV dexterous arm during testing and development. Baxter is normally used for manufacturing tasks where two hands are required for example, in packaging applications.

The Baxter robot has been set up so that it can be controlled from a distance – using a ‘teleoperation’ system. It is configured as the prototype to test Idiap’s learning software. This software will ensure that DexROV can safely and effectively continue with its tasks if the connection between the ROV and its operators is interrupted.

These interruptions are known as communication delays or latencies. To simulate this in the tests with Baxter, one arm of the robot is actually the haptic, or touch, input device and is freely moved around by the operator. The movement is mirrored by Baxter’s other arm. These are used as input and output arms respectively.

The operator can only see their input arm during the trial. A partial view of the output arm is available via a camera embedded in the output arm’s wrist. The team at Idiap will then interrupt the communication connection between the two arms to test whether or not Baxter can continue to move autonomously when communication is interrupted.

Idiap’s role in the DexROV project is to develop a software program that can recognise human input movements and predict the next likely movement. This program is used to develop semi-autonomous commands that will allow DexROV to safely continue operating deep under the sea, even if the commands from the shore are interrupted. DexROV will be capable of working until a new signal is available.