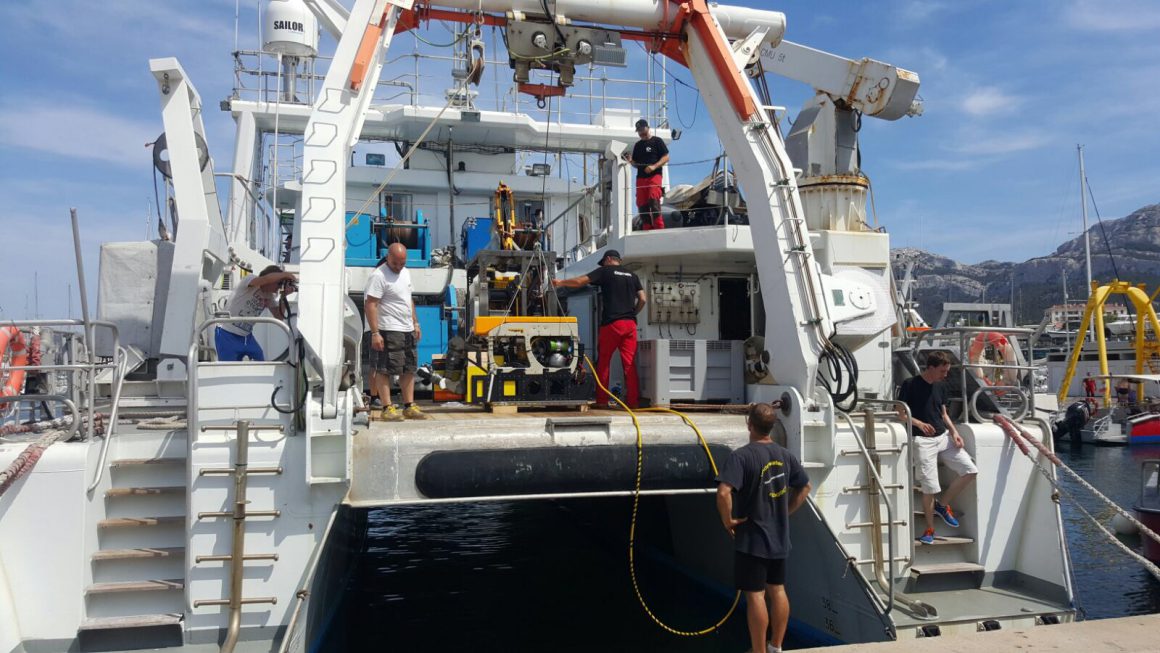 After two days of integration and testing, the DexROV system has been launched in the Marseille harbour for testing. These activities prepare the hardware and consortium partners for a full system test at 100msw later next week.

The first day of testing involved installing the Omniaccess Sailor antenna. This antenna connects the ship at sea to the Brussels control centre. The ROV SKID was being prepared in parallel and at the end of Day 1 DexROV had its dexterous grippers attached.

The start of day two involved installing the ROV test panel. This underwater robotic playground is a three-sided puzzle box for DexROV and its controllers. The attachments each reflect the demands of different underwater industries – oil and gas, archaeology and biology.

The ROV panel installation involved taking Comex’s Janus II vessel to the designated site of the coast of Marseille, and carefully lowering the test panel at the desired depth. The consortium then conducted communications testing and in-harbour tests with the dexterous grippers.

Later in the week the perception system and offshore coverage will be tested at the site, before satellite communications tests between Brussels and Marseille.

Next week after all elements of the dynamic system have been tested and verified together the consortium will take the complete skid to the test site and run full control tests from Brussels with the remote-control centre at the Space Applications Services facility in Zaventem.