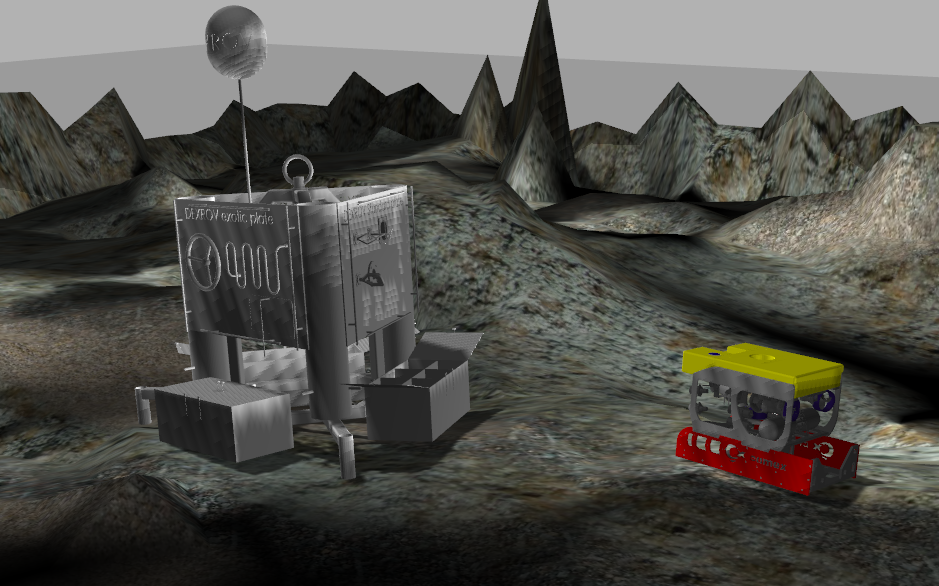 Jacobs University Bremen is responsible for the simulation environment, which was delivered at M12, and the underwater perception system, which  has passed the design phase. They hosted the consortium’s technical partners in Bremen this year for a technical workshop, which helped specify the system configuration and architecture.

The multi-camera system designed by Jacobs uses three high-resolution machine vision cameras. These determine the distance of objects within a 30cm to 5m field of vision from the robot. The images are processed to provide high-resolution 3D data that can generate 3D maps. This system will also detect objects that can be manipulated, such as levers or archaeological artefacts.

Feature image: DexROV simulation environment, with the test bed modelled for all developers.